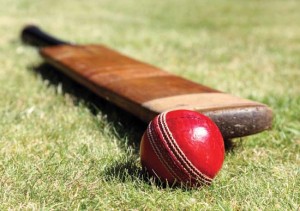 This is a story about Ahsan-ul-Haq.

I am pretty certain you haven’t heard the name.

I have checked with some fairly knowledgeable cricket fans, and even they haven’t heard about him. So not knowing about Ahsan doesn’t reflect badly on your cricket IQ.

However, I am reasonably confident that you will remember him for a long time after you hear this story. This anecdote about him comes from Peter Oborne’s – Wounded Tiger: A History of Cricket in Pakistan.

Ahsan-ul-Haq’s first claim to fame was becoming the first Muslim cricketer to play first class cricket in England. He was in England to study law and ended up having a short and entirely forgettable stint in cricket; first with Hampstead and then with Middlesex. At the end of his English adventure, he had less than 100 first class runs and 0 wickets. Surely, not the greatest college-going all-rounder from Pakistan.

He was then called to the bar in India and eventually became a judge in pre-independence India. During his legal career, he almost gave up the game, making zero appearances in first class cricket.

Then, after a gap of two decades and at the ripe old age of 45, he made an unexpected return to the game.

He was made captain for the Muslims Vs Sikhs game in Lahore in 1924. This was in fact his debut in the first class cricket in India. He was based in the remote location of Der Ghazi Khan and travelled to the game by train along with his 12 year old son.

The train was late and a replacement was found for the captain. His team batted first and by the time the judge arrived at the ground, the last man was about to go in to bat.  He was quickly stopped and Ahsan-ul-Haq finally got to play in a first class game in India. And what a debut it turned out to be.

Batting as a no 11, the judge proceeded to score exactly 100 runs in just 40 minutes. This is the second fastest century ever in first class cricket.  He more than doubled his career runs total with this single effort. He immediately regressed to playing like a 45 year old and retired for good, after playing for another year.

But for one game, he was like a man who had a magic genie in his pocket.

This story is more fantastic than any sports or comeback movie conjured in Bollywood so far. Throw in a romantic angle, and Ahsan-ul-Haq’s story becomes “Chak De” meets “Veer Zara” meets “Chamatkar”.  A perfect script for SRK.